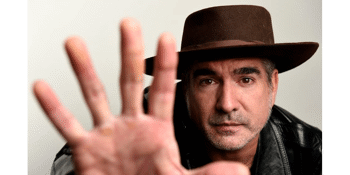 Born in New York City, raised in Sydney Jack Jones arrived in Australia as a ten year old. Even
as a youngster, Jack began showing an incredible talent with his guitar playing. At fourteen Jack
was already playing professionally in both cover and original bands. At the same time, he was
earning a reputation as a very accomplished and well respected studio musician.
After heading back to the United States for several years to further study his craft, Jack
eventually returned to Australia and joined the successful 90′s band Southern Sons as lead
singer/guitarist. With hits such as Heart In Danger, Always & Ever, Hold Me In Your Arms,
Waiting For That Train, I Can’t Wait Any Longer, Lead Me To Water, Silent Witnesses, & You
Were There, his vocal ability was highly praised by both fans and musical peers alike. He not
only enjoyed success in Australia, but in Asia, Canada, Germany, & pockets throughout Europe,
confirming he was a major talent on the international music scene.

The enigmatic Southern Sons singer and guitarist is respected as one of Australia’s iconic
musicians, A new acoustic album of hits marks Jack’s return.
With 20 years of critically adored music under his belt Jack is returning to Australia.